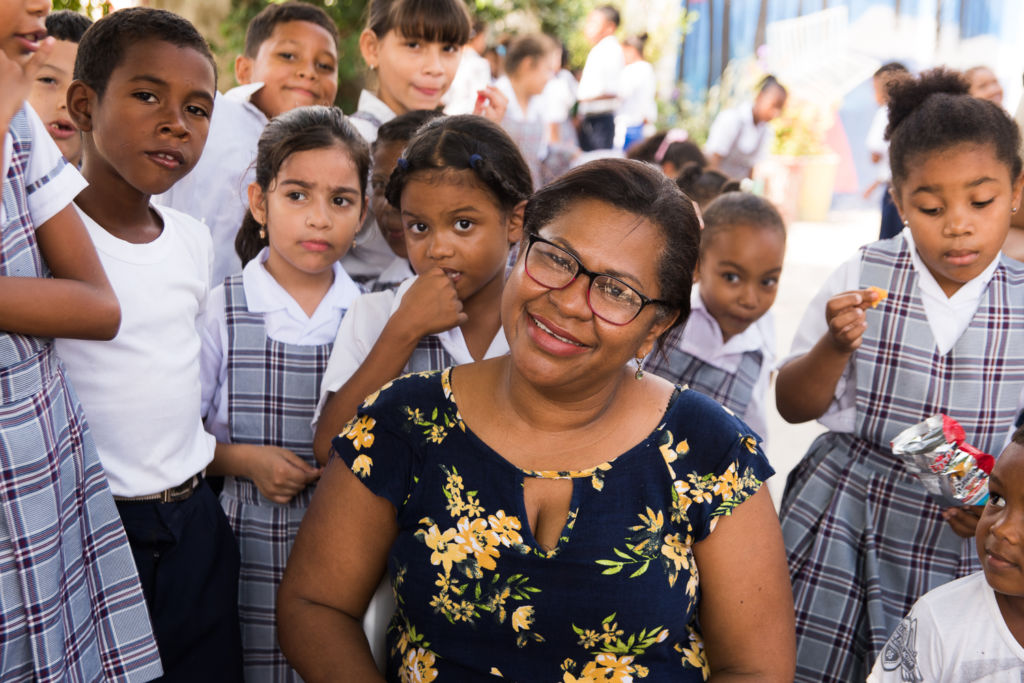 A Grateful Pupil and his Teacher, Never Forgotten

The word ‘education’ dates back to 1530 when it was defined as ‘childrearing’. Later in 1610, the term was seen in social codes and manners; meaning ‘systematic schooling and training for work’.  From 1828 the word ‘school’ was recognised as a building, whereas ‘education’ was defined to mean the ‘formation of life’ (Webster).  From this point onwards, the term has continued to evolve.

Our education gives us knowledge of the past, understanding of the world around us, and perspectives for our future.  An education can broaden our imagination, spark curiosity, exploration, investigation and creativity, embolden us to ask questions and articulate our views.  From childhood, our education is a critical influence that steers our journey to adulthood, directs our livelihood and our ability to embrace a meaningful life.

In 1913, decades before the universal rights to education was articulated by the United Nations (1948), the French-Algerian author Albert Camus was born.  Following the death of his father, Camus was raised in extreme poverty, by his partially deaf and illiterate mother, and inspired by Mr Germain, a teacher who fostered the young Camus’ potential and guided him on a path.

In October 1957, Camus was awarded the Nobel Prize for Literature, and a month later wrote to thank his teacher stating  ‘…your efforts, your work and the generous heart that you put into it are still alive in one of your schoolchildren…’

I have let the noise that has surrounded me these past few days dwindle before reaching out to you, from the bottom of my heart. I have just been given too great an honor, which I neither sought nor requested. But when I heard the news, my first thought, after my mom, was for you. Without you, without the loving hand you extended to the poor little child that I was, without your teaching and your example, none of this would have happened. I don’t make a fuss of that sort of honor for myself, but this one is at least an opportunity to tell you what you have been, and still are to me, and to assure you that your efforts, your work and the generous heart that you put into it are still alive in one of your schoolchildren who, despite his age, has never ceased to be your grateful pupil.

When we ponder, Camus’ story, we cannot help but think how fortunate the world is that this disadvantaged child, received his education, and that his talents were not only noticed, but encouraged, by his wonderful teacher.  So what was the extent of this teacher’s influence on Camus?

If we explore this thought within the notion of the term ‘education’ and the universal right to education, there are two aspects to consider. The Universal Declaration of Human Rights state that an education is to be:  1) free, and 2) directed to the full development of the human personality.

Mr Germain supported Camus’ right to a free education.  He put Camus forward for a scholarship to high school that was not only successful but the significant means that enabled Camus to learn and develop into the writer he became.  If we then look a little closer at the reason Camus received the award –  “for his important literary production, which with clear-sighted earnestness illuminates the problems of the human conscience in our times.” – we can see that education gave him the freedom to express himself.  Perhaps the ‘…clear-sighted earnestness’ reflects his educational right to the full development of his human personality.  Mr Germain gave Camus the opportunity to realise his potential.

Over half century on, with subsequent human rights treaties such as the Convention on the Rights of the Child (1989), Education for All (1990) and the Millennium Development Goals (2000), these universal rights to an education, in their full meaning are still not accepted by all.  According to one of the largest health metric studies, involving 195 countries and territories for the period 1970 to 2018, the reason 260 million children are not currently attending school is because of poverty, gender, child labour, child marriage, climate change, natural disasters, journey to school, conflict, war, disabilities, periods and pregnancy.  Many of these causes are preventable and when we reflect back on the young Camus, his extreme poverty was the barrier but his teacher, the enabler.

While equal access to education continues to remains a critical challenge, there is also lack of parity on the meaning of ‘education’ in today’s 21st century classroom.  The term ‘education’ came into question on October 2020, when a French teacher was killed in France, in the line of his duty. What are the characteristics and boundaries of ‘education’ today?  What is the role of teachers and has the description, like the term education evolved?  Teachers are described as a: resource, supporter, mentor, mediator, and interpreter, someone who is there to engage, motivate and inspire students.  Camus depicted Mr Germain by “…your efforts, your work and the generous heart…”

The list to define the word ‘teacher’, is endless.  But the significance of a teacher is clearly expressed (and remembered in the memoriam of Samuel Paty) in the letter by a student to a teacher, highlighting the vital link between a student’s success (Albert Camus, a Nobel Prize awardee) and his teacher (Mr Germain), never forgotten.